What is the character limit for an SMS?

The maximum number of characters in an S...

The maximum number of characters in an SMS depends on the encoding used. Read below to learn about the limitations for both GSM-7 and UCS-2.

With GSM-7, a message can contain up to 160 characters without being split into multiple SMS messages. If the text exceeds 160 characters, it is split in two – but the two messages are merged to appear as one message on the recipient’s screen. The merge uses seven characters, however, so the second part of the message actually only has 153 characters available.

If additional characters not included in...

If additional characters not included in GSM-7 are required, the message can be sent using UCS-2 encoding. UCS-2 allows characters such as emojis or characters from alphabets that do not originate from Latin. The disadvantage of UCS-2 is that it takes up more space, so the number of characters per SMS drops to 70 as the maximum – the restriction may be even greater, as many emojis, for example, take up more than one character. If several SMS messages are to be merged, the limit becomes 67 characters for each message after the first. You can read a more technical walkthrough of UCS-2 here.

We recommend sticking to GSM-7 where possible, as you get the most characters for your money that way.

What is the maximum length of an SMS?

As mentioned above, SMS messages are mer...

As mentioned above, SMS messages are merged as soon as they exceed the number of characters for a single SMS. This means that if you want to send a message longer than the 160 characters (GMS-7) or 70 characters (UCS-2) you have available for a single SMS, you can absolutely do so – the message will just be charged as two or more messages.

But how many messages can you link together? There are many factors that go into calculating the maximum length of a bundled SMS – including the restrictions of the individual operators, the encoding and the specific characters used. As a result, the calculation will vary from message to message. However, there is rarely any need to worry about reaching the maximum capacity of characters – as long as you use the SMS format as it is intended (Short Message Service), you will not experience any issues. 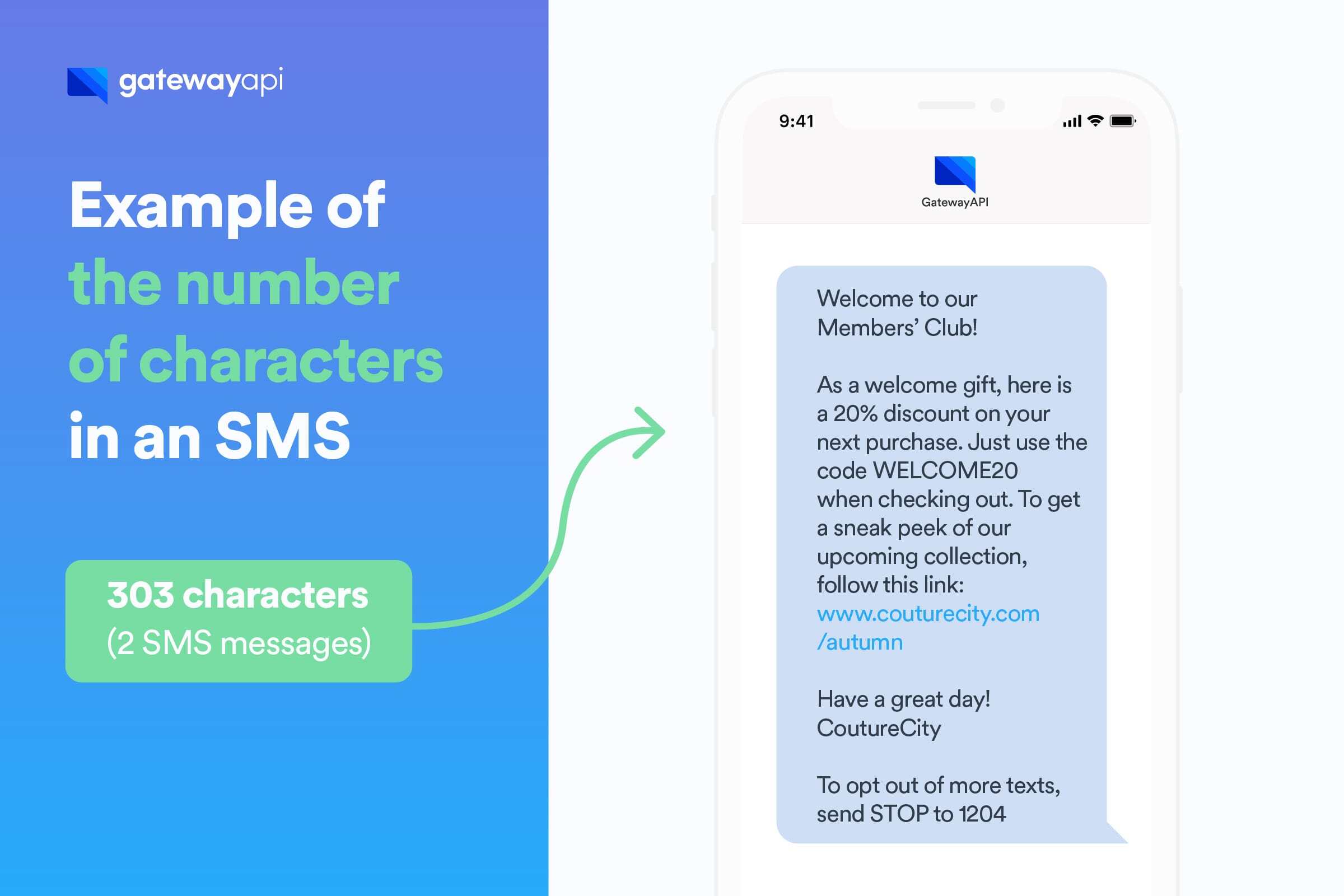 How many characters can a sender ID be?

The standard for SMS messages limits the...

The standard for SMS messages limits the length of the sender ID to 15 numbers, or up to 11 characters if using letters/text. It is possible to use spaces in the sender ID, but be aware that most modern smartphones cannot display the spaces – so we recommend that you take this into account when defining your sender ID.

For some destinations, there may be country or network restrictions on the sender ID, so be sure to check the rules for your destination before sending the SMS. Read more details in our documentation here.